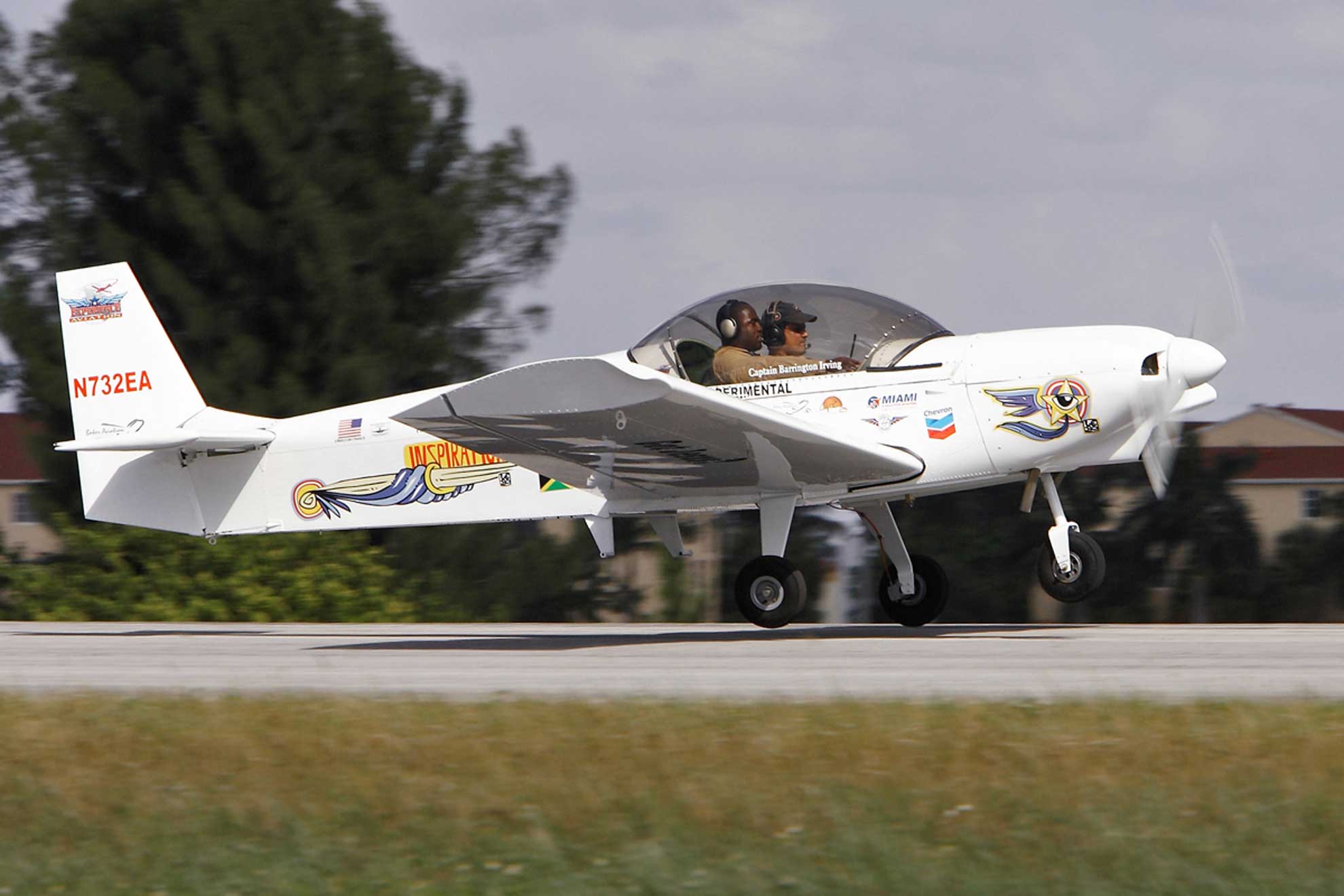 in 2008 Experience Aviation collaborated with the George T. Baker Aviation School for this inaugural project. EA and Baker School instructors worked tirelessly with 60 selected students from Carol City and Norland Senior High schools. Each student participated in this special hands-on opportunity to build an airplane with their own hands and to work in a self-esteem-building, team environment. The Zenith XL aircraft was named Inspiration II in honor of Inspiration, the single-engine Columbia 4000 that Barrington Irving flew 30,000 miles around the world in 2007, breaking two Guinness world records.

On Oct. 15, 2008, at Opa-Locka Airport in Florida, Barrington Irving fulfilled his promise to his students to fly the plane they built. In front of a crowd of 4,000 students, including 14 bus loads of NASA students and dozens of members of media and press, Captain Irving took to the skies. For 10 suspenseful minutes, Irving flew Inspiration II, demonstrating his deep faith and confidence in the ability of the students, who cheered triumphantly from below.

From start to finish... view the gallery!

Check out our blog to learn more.

We always appreciate and welcome all help. If you want to learn more about how you can get involved, click below.